2014 Survey on the Future of Government Service

In the Summer and Fall of 2014, we fielded the Survey on the Future of Government Service with the help of a collection of academic, non-governmental, and government partners.

The survey targeted a population of 14,698 appointed and career federal executives and a generally representative sample of 3,551 responded (24%). 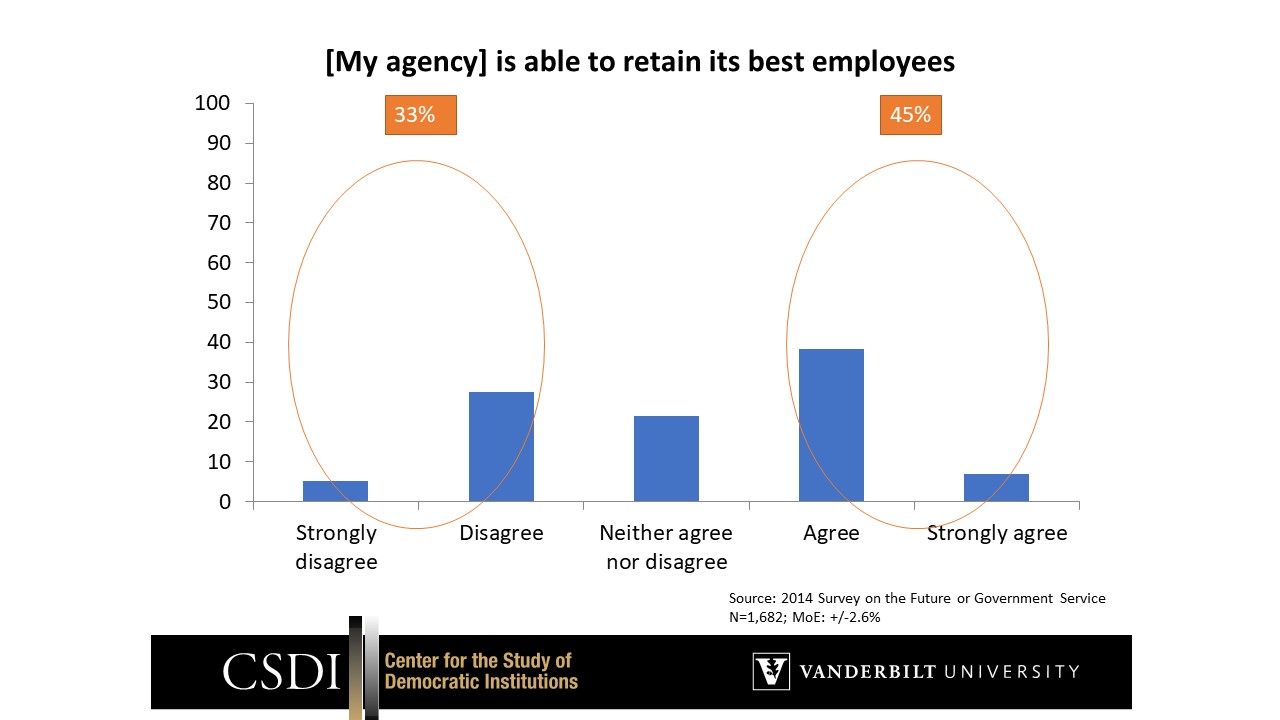 The survey, available on-line and on paper, included questions about the overall state of the workforce in respondents’ agencies, and then drilled deeper to focus on four pillars of the merit systems: recruitment, retention, promotion, and dismissal. The survey was designed to generate responses that are comparable across agencies, and to have sufficient sample sizes at the agency level to reveal variation across agencies.

Researchers released the results in the Summer of 2015 at the National Press Club and provided briefings to Congress, executive agencies, and not-for-profit groups. Data from the survey continues to provide researchers valuable insights into the public service. For further details see: